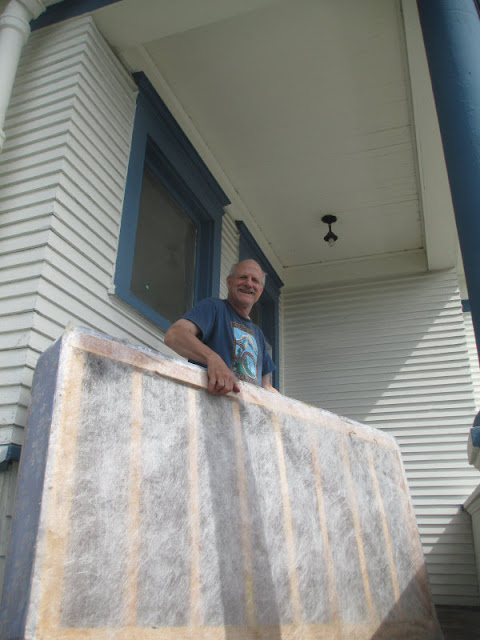 The housing recovery could mean another real estate bubble in the making, especially here in Bellingham where property values are starting to soar again. The house where I was living just sold for approaching $400,000. Luckily, by coincidence, someone moved out of a nice apartment in a business building that is owned by my employer. I have a good place to move to so I moved. Rent is not bad given the size. They want stable tenants there.

At my old place, I hear the new rent for the rooms may be nearly as high as what I am now paying for an entire apartment at my new place. Will they get that much? Who knows. They are planning to remodel at my old place. The local market is starting to take off again, but there is a lot more money in the ownership market than there is in the local job and wage market. Property values tend to be far ahead of local wages; especially in bubble times.

After living, since 1987, in a room with small bathroom I've documented that life and my non fossil fueled move of one block to my new place. See images on Flickr.
Posted by Theslowlane Robert Ashworth at 9:43 AM 1 comment: 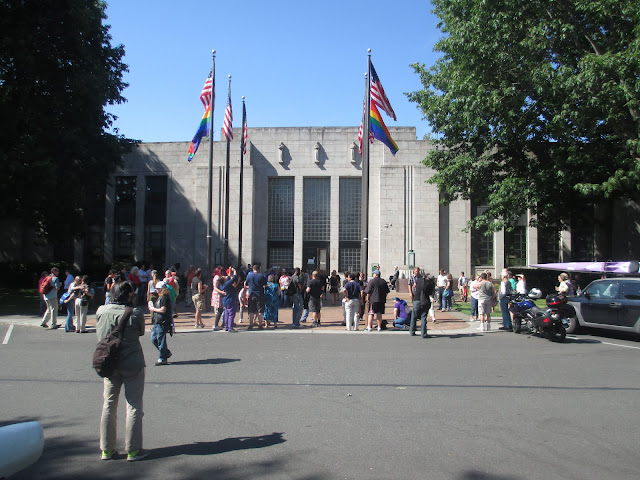 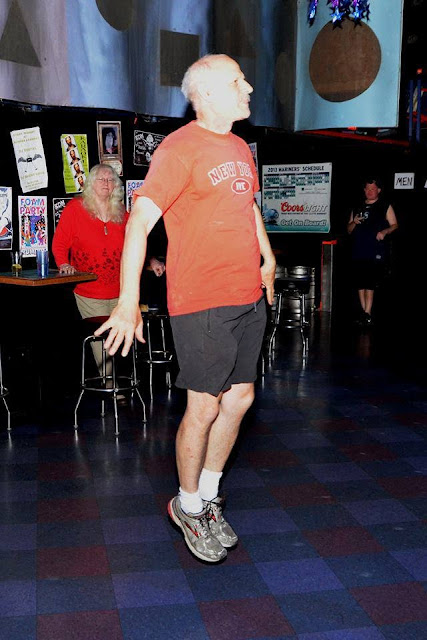 The camera captured me airborne while dancing at the kickoff for Bellingham's Gay Pride weekend. I jumped a lot and watched the flash hoping it would capture at least once in the middle of being airborne. It did. Photo by John Phillip. Marian Beddill in background.
Posted by Theslowlane Robert Ashworth at 12:08 AM 1 comment:

Labels: dancing, picture of me 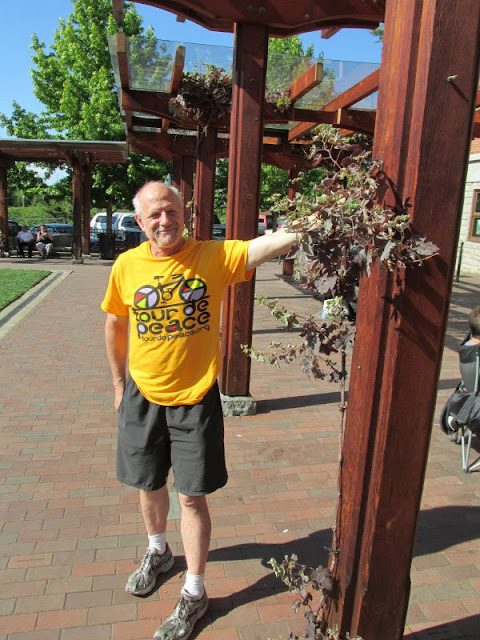 At Food Not Bombs, someone was giving out T-shirts for Tour De Peace. I'll have to look it up and see what it's about. The bicycle with peace symbol wheels. Looks like a good cause. I'm posing at the Village Green in Fairhaven District. Food Not Bombs takes place every Friday in another part of town. Around 4:30 PM near old Federal Building at Cornwall and Holly.
Posted by Theslowlane Robert Ashworth at 11:54 PM 1 comment:

Some murals in the woods

The local artist who painted a mural on the back of the Alamo Apartments has some other murals in the area. Small world. A few years ago, I remember chatting with this person when he was working as a clerk at the Grocery Outlet. His work is now starting to appear around the area. Artist name Shawn Cass. 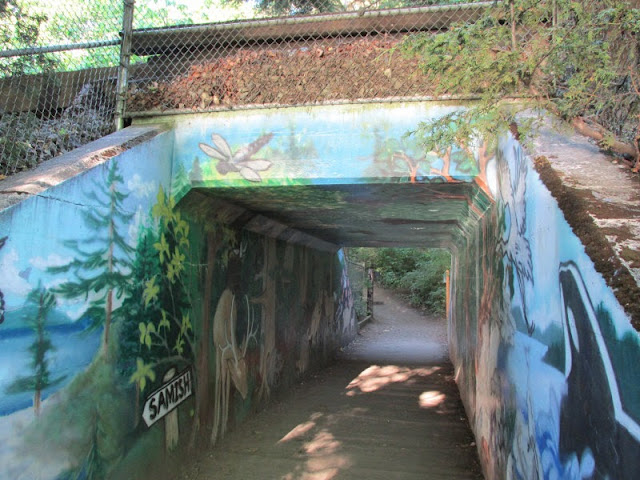 Underpass where trail to beach goes under railroad at Larabee State Park. 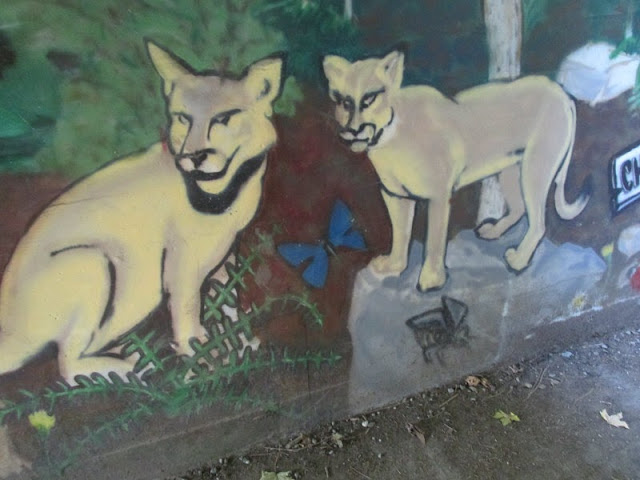 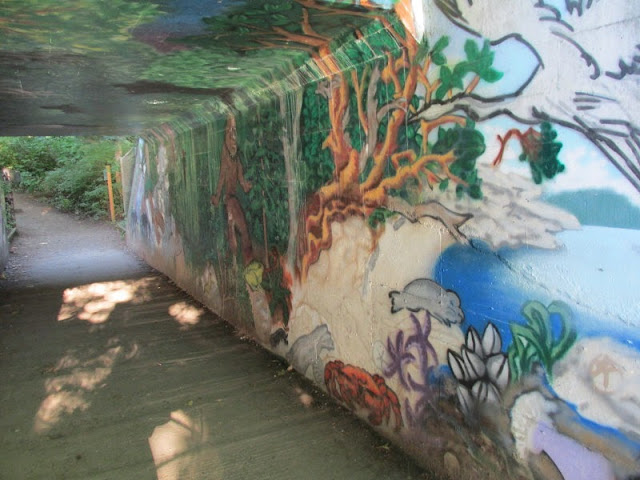 Below at Sehome Hill Park in Bellingham. Above at Larabee State Park. 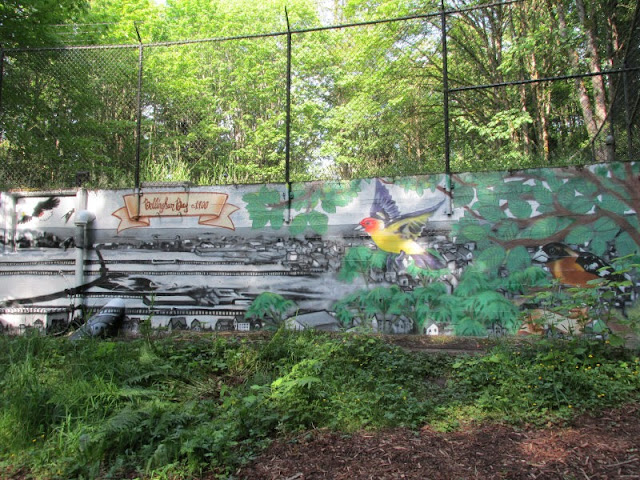 At an abandoned reservoir on Sehome Hill. 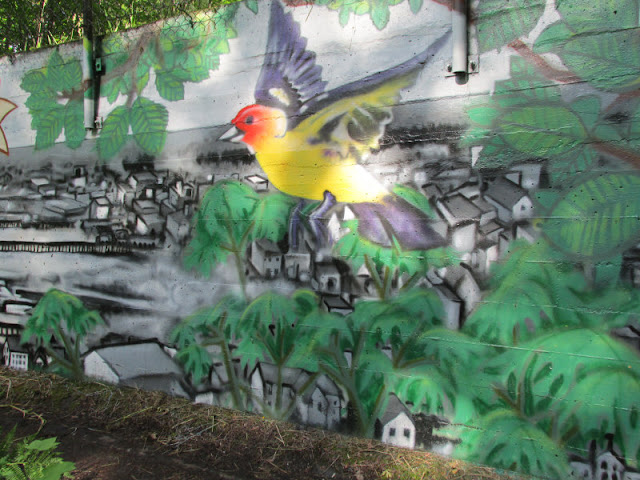 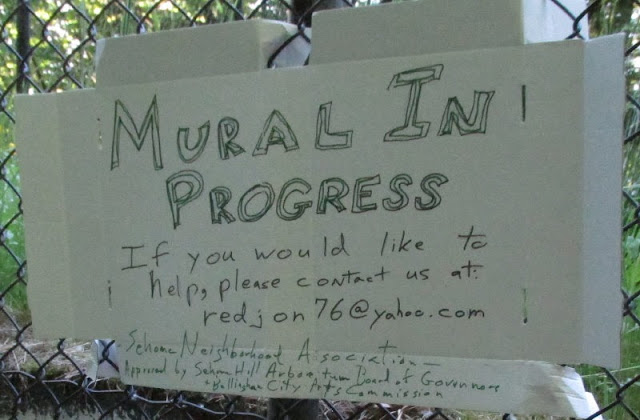 Problem is, so many of the wealthy and their pundits want it all. The seem to want nothing but tax cuts rather than accepting some tradeoffs.
Posted by Theslowlane Robert Ashworth at 4:29 PM 1 comment: