Does this mean Washingtonians are just hypocritical yuppies? 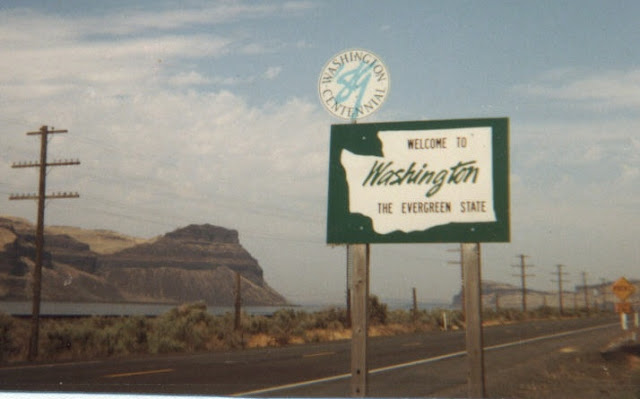 Seems strange that even in a blue state, like Washington, there is still lots of anti tax sentiment. Someone like Tim Eyman (our state's anti tax initiative booster) can still thrive in such a state where people talk about the need to tax the rich. Unlike most states, in the USA, we still don't have a state income tax. Income taxes can be a good ways to tax the rich if they are graduated taxes. Our state tax system tends to be regressive even tho we are a blue state. Washington relies heavily on a sales tax.

Being politically blue also relates to being prosperous. At least in my opinion being innovative and somewhat left leaning politically can lead to prosperity given the emerging "information" economy. At the same time, we still have lots of problems in our state related to our regressive tax system. Does that mean Washingtonians are just hypocritical yuppies? We want the good things of being a progressive state, but not some of the costs?

Large areas of Washington are rural and the rural areas tend to vote more conservative so that's one explanation, as far as tipping the balance come election time. Also a lot of progressive and prosperous people are Libertarian. Libertarians tend to be suspicious of government. Libertarians want small government which sounds like conservatives, but they tend to also be for personal freedoms, like for the legalization of marijuana.

It's true that government can't be all the solution. Still, I think one must be willing to give in order to get. Pay your taxes, especially if you are upper income. Pay your taxes if you want things like well funded education and state services.

The good news, here in Bellingham, our Greenways Levy was renewed again during the 2016 election. Greenway trails and parks are popular as people definitely see what they are getting for their money.

Photo: Entering Washington sign at Wallula Gap on the Columbia River. Picture taken during my 1989 bike tour around the state.
Posted by Theslowlane Robert Ashworth at 3:33 PM