I still have a big container of Mount Saint Helen's ash some 40 years later. 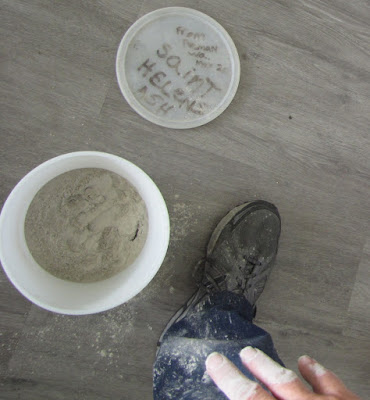 Photo of the ash I still have in 2020. Yes, it still can get on everything.

I was living in Bellingham, WA. so I missed most of it. The wind wasn't blowing ash this way.

My sisters were living in Pullman, WA. which got ash fall. I ask Judith to scoop up some and save it for me. I still have it today.

Scroll down and see photo captions for more of my experiences related to Mount Saint Helens eruption. 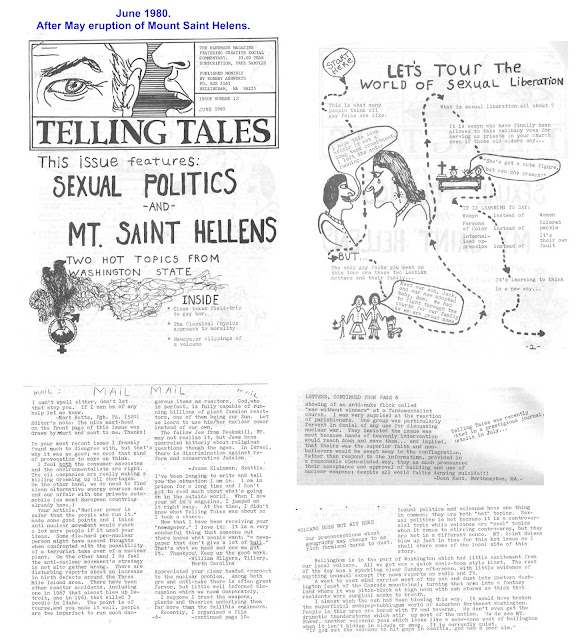 In 1980, I was self publishing a little magazine of my own opinions, before using the internet. My June issue was to be about gay rights, but Mount St. Helens had just happened, so I combined the two hot topics. I have the front page in my Flickr display. The inside pages are still in my closet, so to speak; in a file box. One can enlarge here. 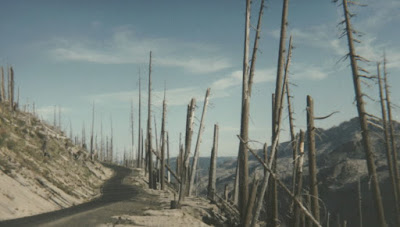 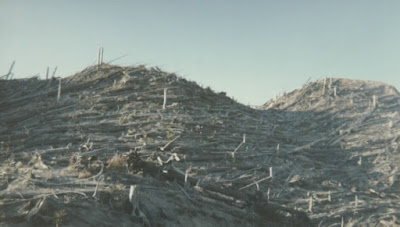 6 years after the eruption, I was getting more into long distance bike touring. On one of my trips, I visited Windy Ridge area near Mount St. Helens where there was lots of timber blow down. 1986. 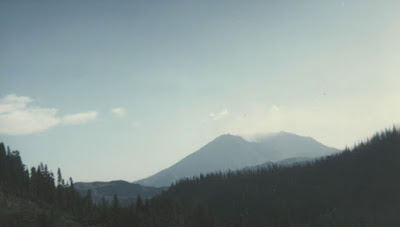 St. Helens lurking in the distance as seen from top of Windy Ridge, 1986. 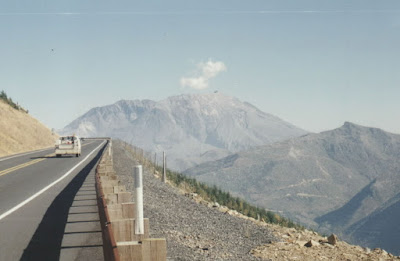 In 1994, I was doing another bike trip on road up from the west side of mountain. The road to Johnston Ridge. 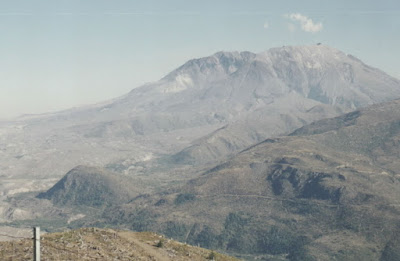 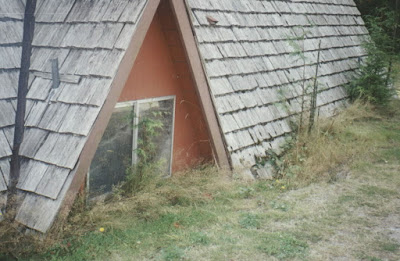 An A frame cabin buried in mud on way up to Johnston Ridge, 1994. 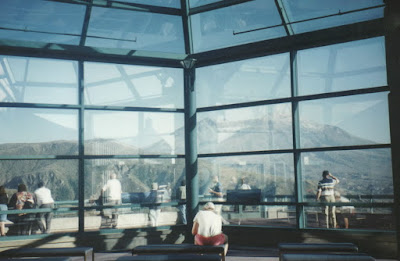 From inside lodge at Johnston Ridge 1994. Met someone who said I reminded him of Forest Gump. I'd never heard of Forest Gump since I'm not much of a movie person, but I did watch a documentary about St. Helens at another visitor's center near the I-5 exit. 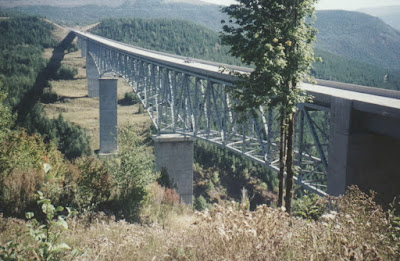 Some of the amazing bridges on the way to Johnston Ridge. When bicycling, one can notice. They built this highway into the area after the eruption. Photo from 1994. 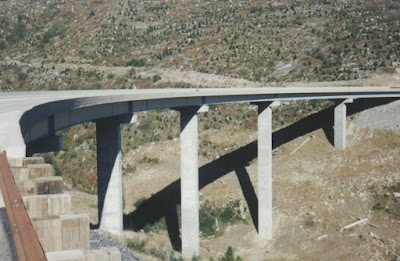 Another bridge on the way to Johnston Ridge, 1994.

The photos and a few more on my Flickr tag.
Posted by Theslowlane Robert Ashworth at 4:11 PM