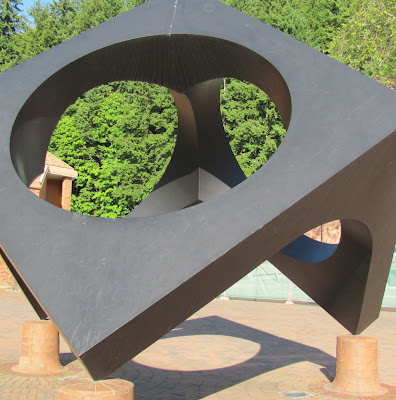 liberal arts can have a lot of value, but everything isn't counted in dollars and cents. Stuff like learning how to have a good life while living a low carbon footprint can have great value to individuals as well as society as a whole. Being able to network with other people is a valuable skill. Having interesting hobbies, political interests and volunteer activities can enrichen life.

The there's the question of paying bills. Back when I was in college, people joked about taking courses in underwater basket weaving. What the hell good is that? I got to thinking that underwater basket weaving might translate into a lucrative career for assembling things underwater; like plumbing or welding under offshore oil drilling platforms? Aside from poking more holes in the bottom of the sea, there was less pressure to make liberal arts pay back when college was less expensive and people didn't graduate with huge loans to pay back. Sure, the value of a liberal arts degree has long been questioned, but these days, the steaks are much higher than before.

Back when I was in school, my mom could afford to have the attitude that learning was more about enhancing the quality of life than just getting a job. Back then, the state paid around 2/3rds of the cost of my education while tuition was barely one third. My folks were able to pay my bills without too much sacrifice. We could afford the luxury of not having everything be about getting a job. When I graduated, I had no student loans to pay off.

A lot has changed since the late 1970s when I went to college. The growing gap between the wealthy and the rest of society has taken its toll. During much of the 1980s and beyond, colleges were playing catchup. They were striving to raise salaries for key faculty and administrative positions in a game of one up mans ship. Colleges were comparing themselves with so called “peer institutions” in other states as well as private corporations who's salaries for top professionals were spiraling through the roof. Being left behind in this spiral exposed one's institution to the dreaded “brain drain.” Good faculty might leave for greener pastures rendering one's school and state to be the dreaded "second rate." Even as this was happening, rising health insurance and housing costs made the situation like running on an ever quickening treadmill to nowhere.

Then for the vast number of students who attend state supported institutions, another monster lurked. State financial problems and budget cuts. This means the schools have to keep shifting more and more of the cost of running their institutions on to tuition rather than having the state pay most of the bill. When one does the math, one sees that this means huge tuition increases. No wonder students are graduating under the burden of huge loans to pay off. No wonder folks are starting to question even more, the value of any educational pursuit that is not directly related to high earning power soon after college.

For all but high income Americans, the virtue of college for the sake of learning may be all but a thing of the past. Luckily, there are other sources of learning where costs are lower and one can still pursue interests for the sake of learning. The Internet is one place that provides many of these opportunities, not even heard of back in my college days. Other opportunities for this would be in things like educational broadcasting, volunteer organizations, libraries and museums.

Being on campus is a great experience not necessarily gained through a computer screen Hopefully, the economics of this can balance out better so it can still be part of the cultural mix. Photo taken several years ago when ivy was still on Old Main. Ivy has been removed more recently as it was damaging building.
Posted by Theslowlane Robert Ashworth at 8:10 PM