Crowd along Maple St. near some new downtown apartments. 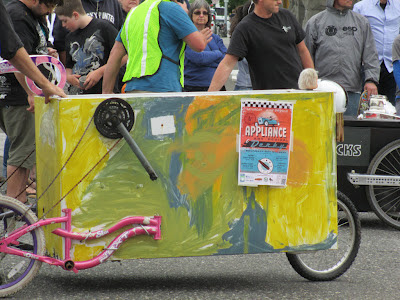 I took photos while the go carts where being pushed back up the hill. 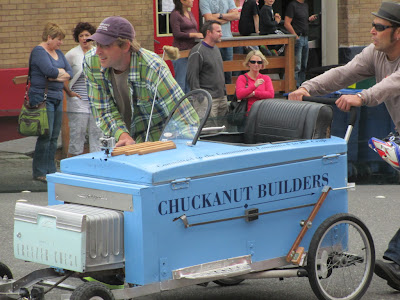 Refirgerator headed back up the hill for another downhill run. 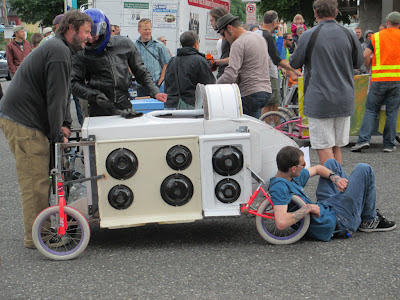 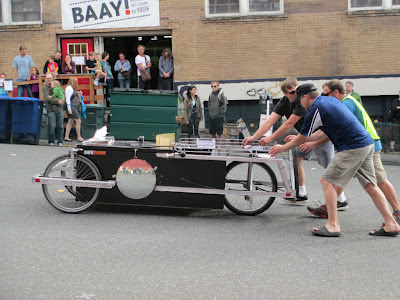 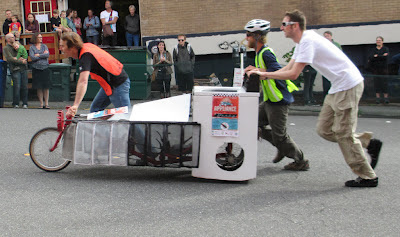 Below pictures taken June 2010 at a different location, Bay Street. 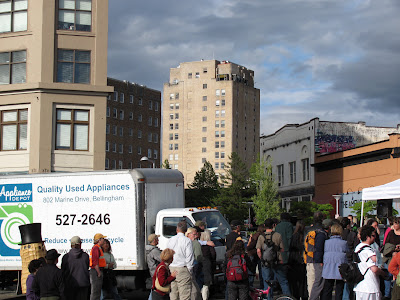 Appliance Races drew crowd to corner of Holly and Bay Streets. The buildings look kind of neat from that corner. Old B&B Furniture Building at left; a triangular shape. Mount Baker Apartments and then the tallest building is Bellingham Towers. It's Bellingham's old downtown skyline. 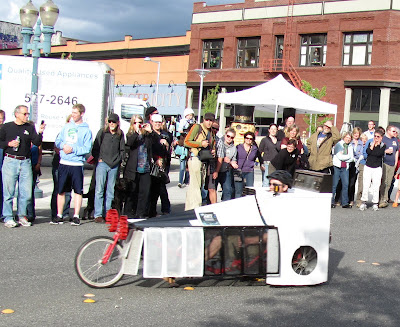 Bicycling a washing machine. Legs through the lint screens. 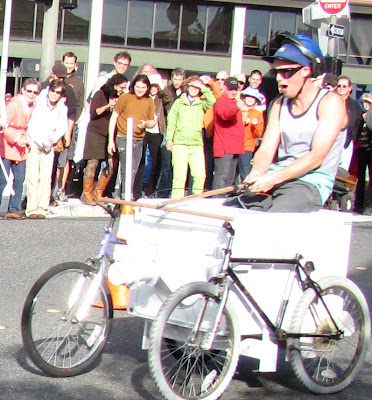 It was a race, but I can imagine these would make good entries in a parade as well.
Posted by Theslowlane Robert Ashworth at 11:22 PM