It isn't just the left that might defund the police. It's more likely finding efficient solutions for limited budgets.

Speaking of defunding the police, the town of Republic, WA. has just defunded it's police department. Republic is not a bastion of "liberal, radical" people.

As I've been saying all along, the budget speaks loudly. Republic City Council voted to eliminate it's one person police department due, I guess, to a tight budget. Police services have been turned over to county sheriff's department.

The one officer being laid off is also known for his run for governor of Washington in 2020. Republican Loren Culp. He recently lost to incumbent Democrat Jay Inslee, but is challenging the results. That's a whole-nother story.

During Culp's run for governor, he was on leave from the city so they used the county sheriff's department to take his place. Apparently they discovered that doing it through the county was a more efficient arrangement than having a one person city police department Though that town has had a police department for over 100 years, according to a video posted by Culp.

On a personal note, I've been through Republic on a bike tour, or two. Below see some pictures I took passing through. 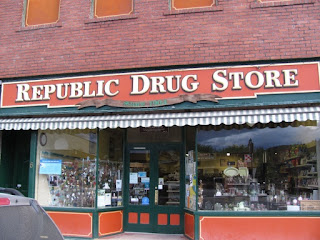 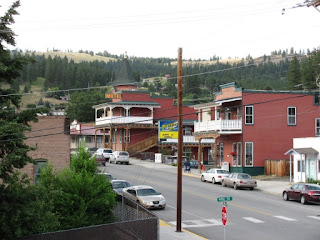 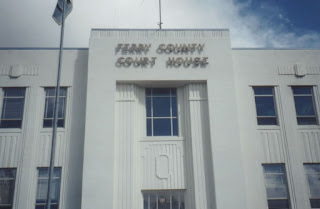 Some photos I took in Republic.

I'm not a big fan of "defund the police," but I understand the need to think about "prevention," such as mental health funding, versus "cure," such as having to call the police. It's similar to the concept of having preventative medicine versus relying on the emergency room for healthcare. Problem is, there is never enough funding for everything. These problems can be made worse by an attitude that is anti government. I can also see why people wish to limit government, but remember, if you want the police, you do need government.

In a way, this isn't really defunding the police. It's just finding a more efficient way to fund police services.

I think the bigger issue, in the whole defund the police discussion, is the effects of tight budgets; especially due to corona virus effect on the economy and whether federal relief to local governments becomes available. Moderate Democrats need to point that out as a bigger problem than, necessarily, animosity toward the police from farther to the left.

To the swing voters in the middle that might be driven right wing from their fears about crime and anti police rhetoric from the far left, I'd say be more worried about the far right. If government was to be drowned in a bathtub, as in anti tax activist Grover Norquist's famous quote, it could mean anarchy.
Posted by Theslowlane Robert Ashworth at 3:30 PM