Broadcasting church services has changed over the years 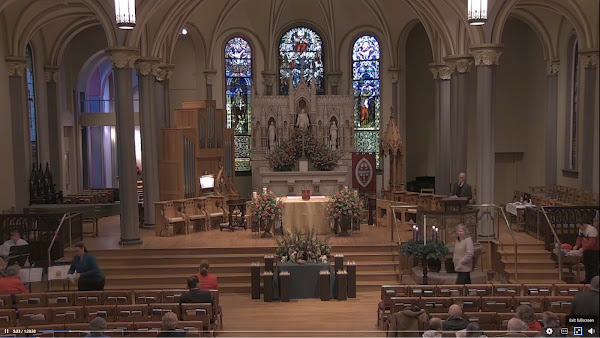 I recently watched the earlier of two Christmas Eve services at Christ Church Episcopal Cathedral, in Louisville, KY. Watched on Facebook videos, after the fact, but nice. I'm still amazed we can do this now. Why Louisville? My brother Jack Ashworth was the organist.

Brings back early memories of when Jack was organist at Pioneer Methodist Church, in Walla Walla, WA. Back then, he was a student at Whitman College. One day, my mom and I tried to tune in the faint signal, as that service was broadcast over KTEL, Walla Walla.

We were trying to listen, in the far fringe area. We were in Pullman, so the faint signal had a long way to travel.

Today, I see on Wiki, that KTEL is now news talk. Back then I think totally different format and owners. I forgot the format, back then, except it broadcast the service.
Posted by Theslowlane Robert Ashworth at 10:46 PM