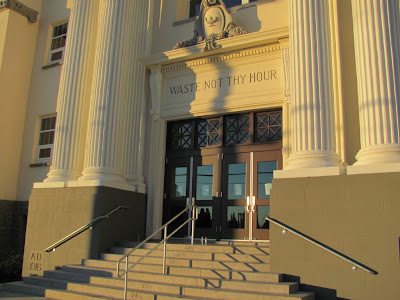 I bike past Whatcom Middle School quite often and notice the progress on the rebuild after the fire of 2009. They basically rebuilt the whole school except for the gymnasium wing in back and two original entrances. It's now ready to open and all pristine before the first day of school.

At least humankind can build a new school with updated technology and make it look like the original building. I'm impressed as I bike by. schools aren't necessarily all crumbling, tho some could use more investment. Roads, on the other hand; many carry a lot more traffic than they were designed for.

See more images from some of my trips past the school.

Some earlier pictures below. 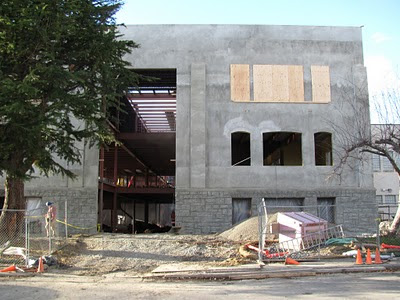 Steel frame going in fast. They say it may be ready for this fall, 1 year ahead of schedule. Being rebuilt after 2009 fire. New outside shell. All new construction except for 2 entryways. New shell designed to look like old building. 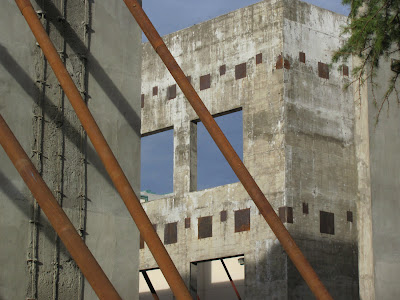