The gas tax is kind of a carbon tax. It could be raised and extended to other fossil fuels. Keep it simple. 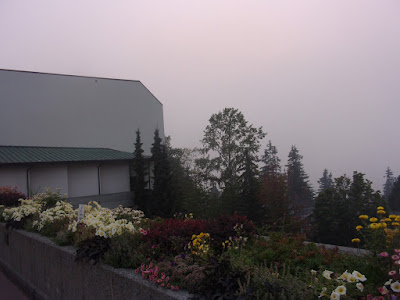 Most carbon taxes, like one's proposed by Washington Governor Jay Inslee, seem too complex, but I will vote yes anyway. I think they are designed by politics. Tax big industries, like oil refineries, to make it look like we aren't taxing consumers, but industry passes it's cost along to consumers anyway. Really, to be honest, it is taxing consumers. I still support the idea. It's better than nothing.

A carbon tax can be made more simple, however. Make it like the gas tax that is seen at the pump. In fact I would combine the gas tax and the carbon tax concept. Just make it one tax; rather than two taxes.

There are 3 big ways in which energy is consumed and I would put a tax on each of them. Basically only 3 products to tax so it could be simple. Oil, natural gas and coal. The tax would reflect how much carbon is placed into the atmosphere from each of these items.

Natural gas would have a slightly lower tax than oil or coal as it's carbon content is lower.

The price levied on coal would effect the price of things like electricity, depending on how much of the electricity mix comes from coal at a given time.

The carbon tax could be low, at first, like maybe even just adding the equivalent of a few cents per gallon of gas. This would address the fact that a carbon tax is somewhat regressive. Quite a few low income people have to drive to work, for instance. At least a small tax would be a start. Better than nothing. If future legislatures, or the voters, wanted to raise it, they could.

I think Washington's carbon tax proposal would automatically ratchet higher over time. This might be hard to swallow politically. My idea wouldn't ratchet up automatically, but would rely on the legislature, or the voters for that. Maybe that's not strong enough, but at least it's a start. I hate to say it, but if skies get smoky enough, voters might take more kindly to these taxes.

As for the tax on oil, much of it would show up as a higher gas tax. People are already used to the gas tax. It goes to transportation infrastructure; the highway fund. I keep hearing that the gas tax needs to be raised as roads and bridges are in poor repair. Gas is quite cheap, in USA, compared to other countries. The cost of maintaining the highway network keeps rising. Just raising the gas tax would be like a carbon tax in a way.

Even raising the gas tax is difficult politically. It's justified by the need to improve public infrastructure. Maybe other carbon taxes could be looked at in the same way. Ironically, it might have to be sold by saying it's money for highways.

I would try and use a lot of the money for green transportation. Public transit, pedestrian improvements and bike paths. Bellingham has a similar tax in place now. It puts some money into roads, but emphasizes alternative transit. It's called Bellingham Transportation Benefits District 1. This money comes from a sales tax, however. The tax was passed by voters in 2010. It brought back Sunday bus service after some cuts. It also pays for street improvements with emphasis on pedestrian and bicycle safety.

I know, the public grumbles if they think they are paying for buses or bicycles that they don't ride, but alternative transportation does help the cars by reducing traffic.

Taxes on natural gas and coal could go toward things like making our power grid smarter. Green energy and conservation. Like with the gas tax, it's basically infrastructure.

The tax could be raised by future legislatures, but, admittedly, it's a fairly regressive tax. As for the problem of income inequality, in USA, we really do need more progressive income taxes as well. I think of the carbon tax as dealing with infrastructure and carbon reduction needs. It can't do everything. Income inequality could be addressed with different taxes.

If people could figure out how to give up their cars, alternative transit does address income inequality. It's usually cheaper than car ownership.

Washington State's latest carbon tax proposal will be on the November 2018 ballot. I think it's more complex than my idea, but I still plan to vote yes. It taxes a lot of businesses and exempts other businesses out of the fear of driving certain businesses to other states. The tax proposal is the result of a lot of public consultation. Complex, but maybe the best we can do given the circumstances. Here's an informative article I read about that proposal.

Still, I think we could benefit from relating our thinking about carbon taxes to the already successful gas taxes.
Posted by Theslowlane Robert Ashworth at 3:03 PM