Yes, maybe we could cut "other" things; like those uneeded military tanks

Oklahoma Senator Coburn wants any disaster relief bill to be offset by cuts in other government spending. He even includes disaster relief that could come to his own state of Oklahoma. At least he's consistent, but I know one place they can cut which many in Congress aren't likely to support. Congress seems to be pushing a bunch of tanks on our military when even the military planners say they aren't needed. Republicans, from Ohio and other states and even a few Democrats are anxious to keep the tank factory in business even when the military admits it has enough tanks. Ohio is a swing state.
Posted by Theslowlane Robert Ashworth at 1:05 AM 1 comment: 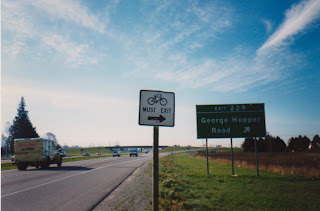 Also, though not an afterthought, I'm glad no one was killed. Reminds me of the airplane that crash landed, a few years back, on the Hudson River, in New York, but all the passengers survived. A happy end to that story.
Posted by Theslowlane Robert Ashworth at 4:05 PM 1 comment: 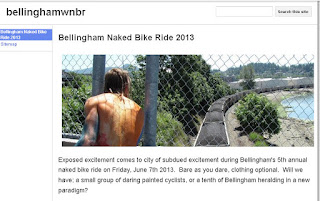 Screen shot for top of page.

I've been helping Zack to create a web page with ride details.

Gathering to start around 1:30 near West Holly and I streets, follow signs. Ride, itself begins at 4 and hopefully ends with a dance.

See more of my writing and photography from past rides under this blog label. Scroll down at that label.
Posted by Theslowlane Robert Ashworth at 5:32 PM 1 comment:

A Republican style argument for immigration

I listened to a part of the Larry Cudlow radio show. He tends to lean Republican and conservative, but some Republicans are changing their stereotype image on immigration reform. Larry sees immigration as a growth issue. People come to America and start businesses, work hard and that's growth. He's pro growth.

I'm kind of for growth also, but I think we also have to think about the limited natural environment. I'm not against immigration, but I think we need to learn to live with less carbon footprint. Like, come to America if you agree not to drive fossil fuel burning vehicles.

Larry pretty much dismisses much of the worry about our growing carbon footprint. He's a grow the economy person. I think we have to find ways to grow the economy without harming the environment and also find ways to curb world population growth; that is until we're ready to start colonizing outer space.
Posted by Theslowlane Robert Ashworth at 2:02 AM 1 comment: