Light rail is so expensive. Maybe Bus Rapid Transit is the way to go. 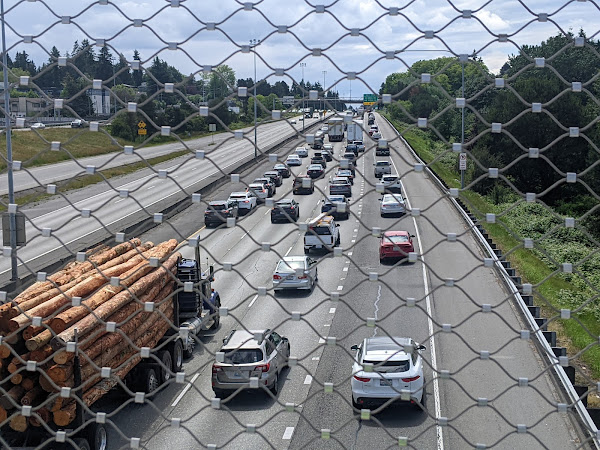 For decades, the freeway traffic in Seattle has been so congested that commutes are a crawl. One would think after all these years they would figure out a better way to go. 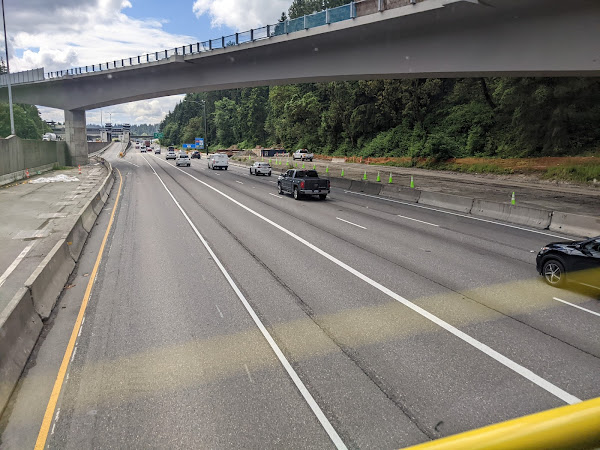 Bus rapid transit could use existing infrastructure. It would be less expensive than trying to build light rail; something that takes years to develop. They did just finish Sound Transit Light Rail as far north as the old Northgate area and it's under construction farther north into Lynwood and east across Lake Washington. This takes years and billions of dollars to build.

On the freeways, they do have HOV lanes, but populism allows too many cars into the HOV lanes so the traffic is just as gridlocked in the HOV lanes as in the regular lanes. Everything gets stuck in traffic. 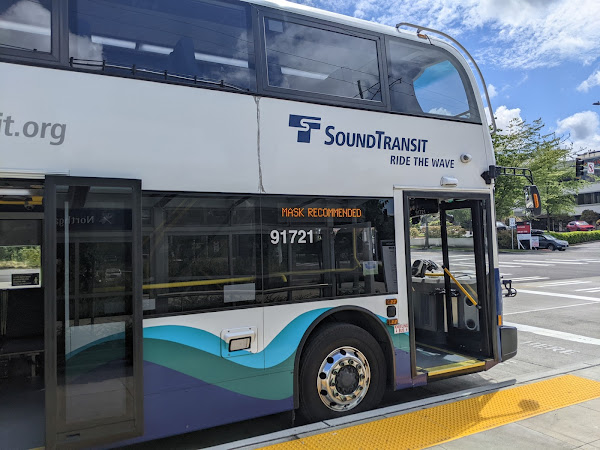 If they had bus only lanes, at least the buses could get through. Then there would be more incentive to take the bus thus reducing the congestion of cars in all the lanes.

I remember, a few years ago, the HOV lanes worked kind of well as one had to have at least 3 people in a vehicle to be in the HOV lane. Eventually this limit was lowered to two people so the HOV lane is almost as congested as all the other lanes with single passenger cars.

Everyone is still stuck in traffic after all these many decades.
Posted by Theslowlane Robert Ashworth at 10:33 AM No comments:

Too much overconfidence, or self self assuredness, causes people to reject evidence that is different from how their minds are already made up. Strong beliefs and confidence can cause people to reject scientific evidence.

Religious fundamentalists tend to be super confident, but within religious thought, there is the concept of humbleness. Humbleness before God. I think this concept can be used for opening the minds of some people. Few people want to admit they are a "know it all." At the same time, it does seem to me like a lot of religious folks have forgotten the concept of humbleness to the point of being over confident in their own righteousness.

I was brought up in fairly open minded religion so I realize that not all religion is self-righteous. I also know that science, in itself, can be very humbling. Scientists are often reevaluating what they are thinking as new evidence does have a tendency to upset old thinking. Willingness to learn is a form of humbleness.

Self deprecating humor is a good thing. I hear quite a bit of self deprecating humor in science lectures I watch on YouTube. I think more people need the realization that we owe a lot of our successes to the work of others. Another concept coming to mind is gratitude. I've even heard it said in churches as I was growing up. We can be thankful.

Some of my thoughts after reading this article. Overconfidence bolsters anti-scientific views, study finds.
Posted by Theslowlane Robert Ashworth at 9:45 AM No comments:

Pictures from my 2022 bicycle trip across Washington State are on-line.

Posted by Theslowlane Robert Ashworth at 3:51 PM No comments:

I may be less vulnerable to crime being a bicyclist

During summer of 2020, I wasn't a big fan of the idea that police are the big problem. I'm hearing that some of the police reforms, in Washington State, have made it harder for police to do their jobs.

Now, people in Bellingham, including folks calling themselves liberal, are starting to get real worried about crime.

Personally, I haven't noticed the increasing crime situation. I still feel safe, myself, but I'm hearing lots about it from other folks. I am sympathetic to folks feeling threatened, but, again, it seems like some of the talk might be over reaction. The anti police talk was over reaction, now people's fear for their safety could be, in part, over reaction.

I'm thinking that my bicycle has helped my own feeling of safety. There are lots of street people and homeless folks around, but I just go by on my bike. Walking can make one more vulnerable; especially folks who must walk with canes and walkers. Being male, rather than female, makes a difference as well. I feel less vulnerable than a lot of women are feeling these days.

Another thing about the bicycle, that adds to my personal sense of safety, is that I park my bike inside my locked apartment. Folks with cars often have to leave the car out in a parking lot or along the street. Car prowls and thefts are up. There's been a big rash of catalytic converter thefts.

I do worry about more lawlessness on the roads. Traffic is getting worse, law enforcement is short handed as it's getting harder to fill jobs in policing. Traffic death tolls are up, but so far I've been okay on the roads. For the most part I've been out of the mainstream traffic pattern. Trails, shoulders and light traffic roads are where I go.
Posted by Theslowlane Robert Ashworth at 3:41 PM No comments:

A solution to the racial wealth gap that both liberals and conservatives would baulk at.

During the Juneteenth Holiday. There was talk about the wealth gap between white people, on average, and most people of color. How can that be addressed?

One solution that I doubt would be popular, but could be effective. An increase in capital gains tax; like a death tax. A tax on the windfall wealth folks have gained from real estate and other assets. A tax on wealth passed down through families.

Lots of people's goto tax is a tax on business, but business does need it's capital assets, like the building housing the business, to operate and people want the goods, services and jobs that business provides. It could be taxed also, but not smothered.

Seems like personal and family wealth would need to see a boost in the taxes, such as death taxes, that it pays to help address the wealth gap.
Posted by Theslowlane Robert Ashworth at 9:54 AM No comments:

Seems like there is no talk, from Biden or any major politician these days, about conservation. Using less gasoline which may be the best way; especially in the short run, to bring the price down. Supply and demand.

In some ways, I miss my college days during the Carter Presidency. Carter was pushing everything from walking more to turning down (or up in summer) the thermostat. It was a time when we thought we could pull together and make a difference. In many ways, life seems more jaded today.

Things were different back then. The price of gasoline was more regulated so while there were price hikes, the lack of supply was manifested in actual gas shortages. Long lines at gas stations. Odd even rationing based on licence plate number, the 55 mile per hour speed limit, which may have done more to save lives than gas, but it was the law of the land for years.

Back then, the US was hopelessly dependent on oil imports.

Since then, Republican thinking has prevailed. Price controls have been eliminated letting the marketplace regulate supply and demand through price, rather than regulation and rationing. Due to advanced technology, in oil drilling, there has been a miraculous increase in domestic oil production over the past few decades. America is far less dependent on oil imports while gasoline consumption has still risen dramatically to meet our increased, population, prosperity and sprawl.

Still, I miss the days when politicians tried to get people to consume less.

Consuming less would take pressure off supply and bring prices down in the shortrun. In the longrun, oil fracking our way to increased production is problematic due to climate change. Or, maybe we can use another miracle technology; geo engineering to artificially cool the earth? I wouldn't count on that. We will need clean energy sources such as solar and hydrogen fusion.
Posted by Theslowlane Robert Ashworth at 9:43 AM No comments:

In a future world with climate change, people might be able to adapt. Republicans who aren't that worried about this should, however, remember the saying, "be careful what you ask for as you might get it."

Future tourists might enjoy visits to much of Florida as it's inundated with water. They will ride in shallow watercraft past buildings where the ground floors are unusable. Some entire buildings abandoned and turned to sculpture while others adapted with upper floors still in use.

Less folks will own property in this vision of the future. As neighborhoods change, tennants can just move out. People will become more nomadic. More buildings will be mobile also; like houseboats and mobile homes.

Meanwhile in dryer California, agriculture will giveway to use of the land for solar panels. Much less need for irrigation water. Farming will move to new regions, farther north for instance. Inside agriculture will thrive, but food becomes much more expensive.

Our civilization might be able to adapt, even thrive, but it will have to accept change.
Posted by Theslowlane Robert Ashworth at 9:29 AM No comments: