Going around that 1978 law requiring a court order before ordering wiretapping on US citizens.

I never thought I would hear someone, who allies himself with the religious right, advocate tossing the law just because it's old and possibly no longer useful in a modern situation.

I am not enough of an expert on that law to debate whether the President needed to bypass it, or not. Maybe the writers of that law put enough provisions it in so the court order could be obtained in a timely manner. Then the President was foolish to bypass it.

On the other hand, maybe that law means this. "When a terrorist is about to strike, you call the court and hear that you have to wait till the next business day, after 9." Too late.

I don't know, since I am not a legal expert, especially on that law.

Usually our nation's laws are more flexible and relevant to modern needs than so many of the old moral codes of religious fundamentalists.

It is interesting to hear Bush, who panders to the religious right, those guardians of rigid, laws and old morals, say, "it's an old law."

"Don't obey when it gets in the way."

"Don't obey when it gets in the way." Could become the next Republican campaign slogan?

Moral relativism. It's getting some new converts.
Posted by Theslowlane Robert Ashworth at 3:21 PM No comments: 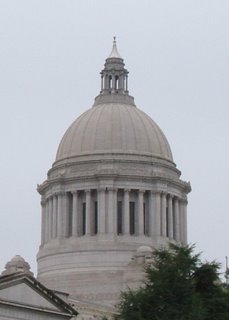 One piece of good news

Civil Rights legislation has just been extended to include sexual orientation and trans gender status in the state of Washington. It passed by 2 votes in Washington State Senate. Passed with a more comfortable margin in the state house. The governor plans to sign it. Good news.
Posted by Theslowlane Robert Ashworth at 2:58 AM No comments:

Glut of highly educated career seekers, is America a doormat?

I once heard, on the radio, about someone from India coming to USA for a "better job." Soon after they got here, the better job was out sourced back to India.

It seems like America can be a door mat. People coming here for opportunities and corporations sending jobs elsewhere.

Everyone just trying to make a buck.

Then I heard about another person who finds better job opportunities in Ecuador than USA (especially Bellingham). We have such a glut of educated people that his BA didn't mean much in this job market. In Ecuador, even though he isn't making a lot of money, his BA means more. He is writing, teaching and so forth. Things he would never qualify for in Bellingham with just a BA. Good place for him to start building a resume of experience at least.

It also helps to have roots there and speak the language, or better yet several languages.
Posted by Theslowlane Robert Ashworth at 5:22 PM 2 comments: 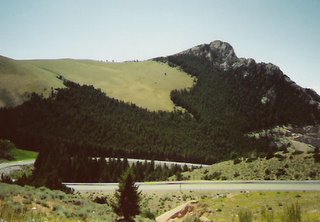 * The natural scenery was fantastic, but living that stifling life of small town America? - Harsh. Just passing through can be better. Above photo: Wyoming's Big Horn Mountains, from my 1991 bicycle tour across USA.
Posted by Theslowlane Robert Ashworth at 1:08 AM 1 comment: 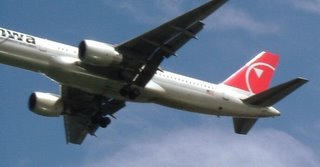 I woke up to speeches, by Dr. Martin Luther King on my local NPR station today.

Part of one speech was about revolutions in technology and the social order. King was marveling about how the world is being knitted closer together with technical achievements like the jet engine. I heard him say, it is now possible to travel from Tokyo to Seattle with-in a day.

King was discussing how the smaller world created by things like jet travel can also necessitate revolutions in human thinking where the entire world should become more like one brotherhood.

This speech was given many years ago. Now, we even have the Internet.

It was interesting to hear especially the day after Stardust space mission's successful landing with dust from a comet.

As our technology opens up potential for networking the whole world, so can our social thinking be inspired to strive for more of a world wide brotherhood.

I find this thinking more comforting than the idea that technology is evil. Of course, technology is a tool that can be used for either good, or bad, but it can inspire revolutions and changes in human thinking. That was a spirit of optimism which permeated the 1960s.
Posted by Theslowlane Robert Ashworth at 8:26 PM No comments: 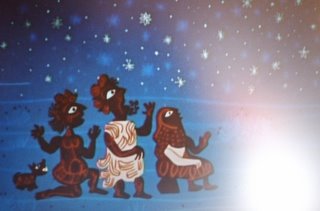 Screen shot from an old astronomy film and my flash.

The unmanned Stardust Mission has successfully returned it's sample of comet dust to Earth. This will help scientists explore cosmic questions about the formation of our solar system.

Asking cosmic questions brings the best out of humans.

Around the time of this great technical achievement, the news is also full of our failures here on Earth. A US missile hits house in Pakistan killing innocent people and missing the intended terrorist. Sometimes I feel like there is a war among fundamentalists. Traditional values "Christian capitalists," in the US, versus Islamic Fundamentalists.

I wish people would stop fighting over who has the best answers and look up at the stars more. Putting energy toward asking cosmic questions, with out already knowing the answers, is a step toward more peace in this world.
Posted by Theslowlane Robert Ashworth at 2:33 PM No comments: 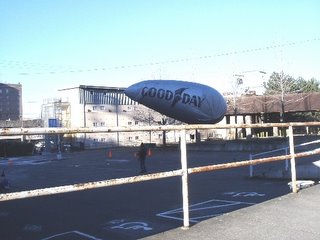 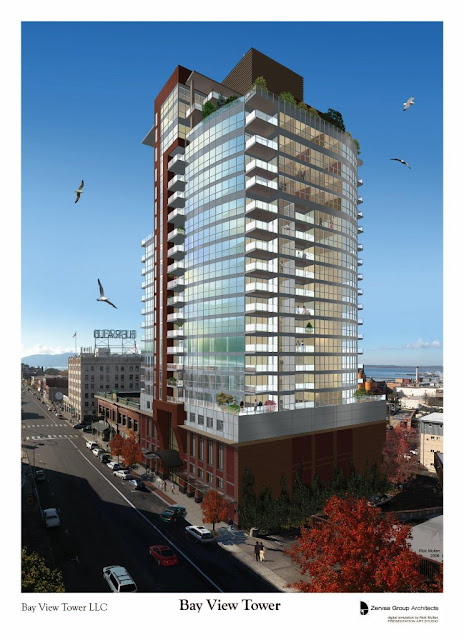 Image I found from the net. Proposed Bay View Tower for Bellingham as visioned around 2006.
Posted by Theslowlane Robert Ashworth at 3:40 PM 4 comments: