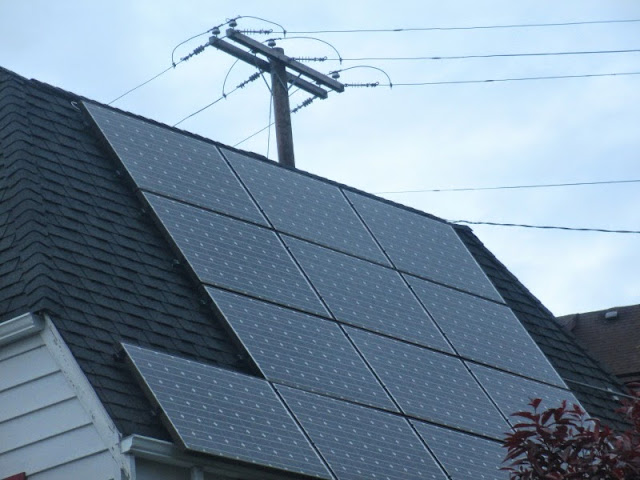 Finally, an article that explains the science behind this beyond just the politics. Explaining the problem some utilities face integrating distributed solar into their power grids. The need for better storage. Thanks to a reader for pointing this out. Vanadium: The metal that may soon be powering your neighbourhood BBC News Magazine June 13 2014.
Posted by Theslowlane Robert Ashworth at 5:12 PM 1 comment:

Always a mystery why some topics go viral while others don't. WWU President Bruce Shepard's comments about wanting Western to be less white, or at least have a larger percentage of minority students than it has today, has gone viral and hit national media.

I am only slightly critical of these comments just to say that the stir is somewhat of a waste of breath. A bigger problem, in society, is the growing gap between income classes which contributes to the barriers of getting into college. The cost of college, enrollment ceilings and so forth. This effects minorities, but it also creates the perception of a "zero sum game." If we provide more to some (minorities) we have to take that away from others (whites). Ideally, there should be enough abundance for all.

There has been a long history of trying things, like I remember a College Of Ethnic Studies, at WWU, which was created in late 60s (I think) and later dissolved in 1975. It sputtered due to soft interest and limited funding. Artificially trying to entice more minority students, to WWU, could be hard if minority students tend to cluster in areas of larger population. In larger populations, there are enough people, of the various minority categories, to get the ball rolling on various clubs and so forth so people feel less isolated. A certain population level creates a threshold size to get various clubs and activities for one's special interest off the ground. I remember, WSU, in Pullman, seemed to have a much larger African American student population than Western, over the years. Part of that might just relate to the size of the student body and what can be offered in terms of clubs and camaraderie.

As for income gap, all the college presidents and top personnel, as a class, are making much higher incomes relative to the rest of society than they did back in my college days of the 1970s and budgets are tighter.

A Google search has brought me to this article, from years past, about Western's College of Ethnic Studies and another college president. The story of the traffic stop is hilarious.
Posted by Theslowlane Robert Ashworth at 8:54 PM 1 comment:

In light of recent Supreme Court decisions, such as the one today and Citizen's United, things have evolved to the point where popular vote doesn't create governing bodies that represent the people. Maybe it never did. Popular election elects people who win a popularity contest and, these days, that means people with money for media. Popular elections still may be the best thing we have as in saying, "democracy is a terrible idea, but all the other options are worse."

Going viral on the internet, even without having money, is one counterweight to money that still exists in popular democracies, but that factor may not be enough. Maybe at least one body of our legislative branch could be selected by some kind of random lottery if we totally redesigned the system.
Posted by Theslowlane Robert Ashworth at 4:32 PM 3 comments: