20th anniversary of my first bike trip across America 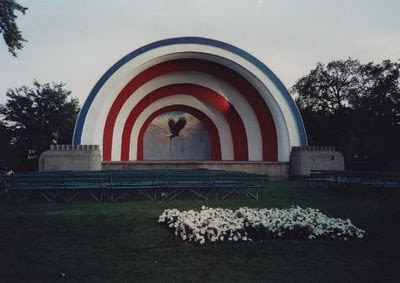 20 years after my first cross USA bike trip, I biked in western Washington and Oregon.

Hard to say as I couldn't figure out how to set the trip miles on my new odometer. I wasn't even sure if it was reading kilometers or miles either. Sometimes it would just flash zeros at me indicating it wasn't picking up the passing magnate on the wheel. I didn't try to figure it out. Probably the daily total of miles was less, but "what you don't know can't hurt you." The trip was still enjoyable. In 1991, I also had an electronic odometer and carefully kept track of daily trip miles. Seemed like back then, the odometer functions were more intuitive.

The odometer hasn't changed much in the years, but some other things I carry have. No longer riding with me is that antenna booster for AM Radio called the Select-A-Tenna. It wasn't that heavy, but many of the talk stations I listened to in the past on AM radio have gone "all sports talk." Boring. For instance KIRO AM 710 out of Seattle is now sports. It's political talk is now on FM which the Select-A-Tenna doesn't help. I've never had much desire to "keep score." Keeping track of daily milage is one thing, but most important is just having a good time.

Instead of that antenna, I have a netbook computer. I stopped at a lot of WIFI places along the way. That's why my daily milage may be in decline; Facebook.

Since the mid 1980s, I have gone on some sort of bike tour every summer. It's been a fairly mellow and enjoyable legacy. Keeps me in reasonable shape, at least along with other things like dancing that I enjoy.
Posted by Theslowlane Robert Ashworth at 5:28 PM