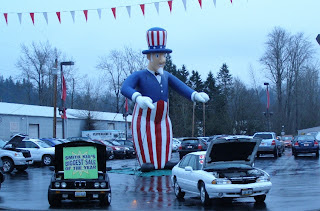 Problem is, so many of the wealthy and their pundits want it all. The seem to want nothing but tax cuts rather than accepting some tradeoffs.
Posted by Theslowlane Robert Ashworth at 4:29 PM