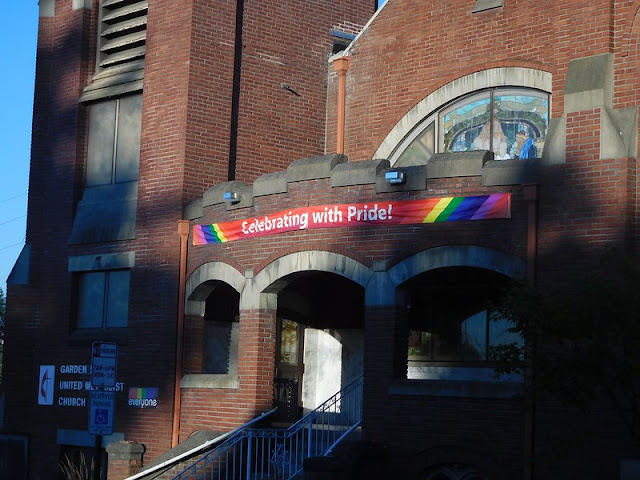 Like a lot of denominations, the Methodist Church may be splitting into two factions if this recommendation goes through. Attempting to be an amicable split, however.

It's interesting to note that these splits, which have been happening within liberal Christian denominations, are different than the politics of more conservative; fundamentalist denominations.

In conservative churches, the old, white "America first" conservatives are a said to rule the day. In liberal churches, it's the western, American, Canadian, European side that's more liberal while African and other third world sides tend to be more conservative. The Methodist denomination tends to be liberal, in the west at least, from what I gather.

The split here is on gay rights and also on theology. How literally do theologians take the so called "clobber" passages, in the bible, about homosexuality? In this case, the west, which could tend to be more white, also tends to be more liberal.

Personally, I am quite a critic of the conservatism that has its roots in the third world, or maybe it's roots are still in the west as it's often said to be a vestige of past colonial conservatism.

One thing that doesn't get discussed much, but I think about a lot, is the problem of overpopulation. I think that conservative attitudes about sexuality don't serve the third world well. Rapid population growth can bring on lots of poverty, misery and environmental destruction. The third world needs more women's rights, birth control and gay rights.

I know someone who was at a recent conference related to the split within the Methodist Denomination. He said that a delegate, from Africa, said something like. "You colonizers told us to do it a certain way, like saying homosexuality is a sin." "Now you've changed your mind." It seemed like he was saying that the African delegation would try and hold us, westerners to our original word.
Posted by Theslowlane Robert Ashworth at 3:42 PM