When someone ask me, on Facebook, what I thought about the proposed ban, (written about in New York Times. Bellingham made the New York Times). Here's what I wrote.

On first thought, I think the ban is probably not a good idea, but worth discussing. I kind of think the ban on natural gas is a "feel good" thing. A lot of "liberals" like the idea. I consider myself a liberal, but this is grabbing at straws. Trying to do "something" when more effective measures; such as a carbon tax, aren't likely to pass voters.

Maybe we should ban, or heavily tax, fossil fuel consuming automobiles, but that would never pass the voters either.

A philosophy behind banning natural gas is that electricity is more versatile. If something, like a furnace, runs on natural gas, it has to be that one fuel. Electricity can be sourced from a wide variety of sources, including solar, wind, nuclear (dare I say nuclear) and so forth. This is said to help push us toward things like solar. Also natural gas is said to be problematic due to methane leaks all along the way.

Ideally, an all electric, solar powered world is good, but it isn't easy to get there, given people's greed and unwillingness to consume less if the cost of solar is (at least in the short run) higher. Natural gas is less expensive for the average consumer than baseboard heating and the baseboard heating might still be coming from power generated by natural gas.

Here in the Pacific Northwest, a large percent of our electricity comes from hydroelectric power, but we just don't have enough rivers to supply our growing population and prosperity. As we keep growing, the percent of our power that comes from hydro tends to drop. Natural gas, wind and other green energy sources make up the difference. We still have a moratorium against wind power sites in much of Whatcom County. Worry about bats, birds and the aesthetics of wind turbines. Hydro power has it's problems too. The effect on salmon migration. There are proposals to breach many of our hydroelectric dams.

Advocates for this ban are pushing for heat pump technology. That is more efficient than baseboard heating. Heat pump means "refrigerating the outside," such as ground and roof areas, to transfer the heat inside. It tends to work best in mild climates. 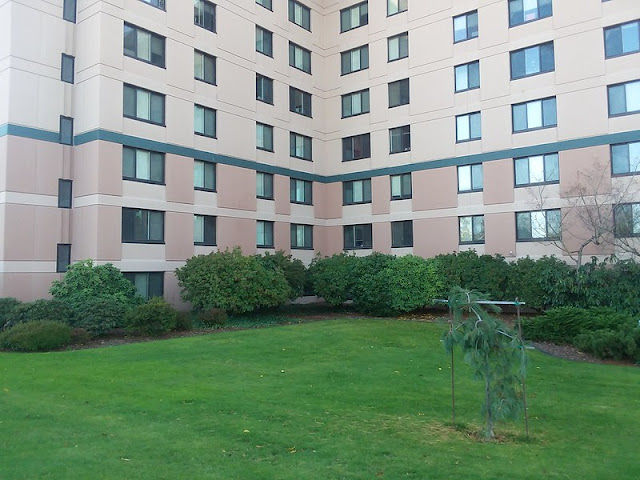 Interesting to note, the 8 story building, I live in (Washington Square HUD Housing), has a heat pump system, so I hear. It just works for the hot water system. I don't know a lot about it, but I think it provides at least part of our hot water by "refrigerating" the ground around the building and putting the transferred heat into our hot water.

I also hear that heat pump systems are fairly expensive to install. The regular heating, in this building, is from a natural gas boiler that heats water for the radiators in each apartment. The system works well.

Probably the most efficient thing about this building is the fact that 97 apartments are all together in one building with little surface area for heat loss. Not a lot of land is taken for 97 people.

We also have solar panels on the roof. I hear it provides about 10% of the building's electricity. Only 10% because a fairly tall building doesn't have a lot of roof area exposed to the sun versus the number of folks living here.

Of course one could note that by 2040, when this proposed ban would take effect (if they don't push it up to 2035), the world could be a lot different; especially if climate change is as serious as many people think it is.
Posted by Theslowlane Robert Ashworth at 9:00 PM

Maybe everyone will need a new furnace by 2040. The house I grew up in had it's furnace replaced after nearly 50 years, but the new one didn't last that long. It had to be replaced again in (I think, about 10 years).