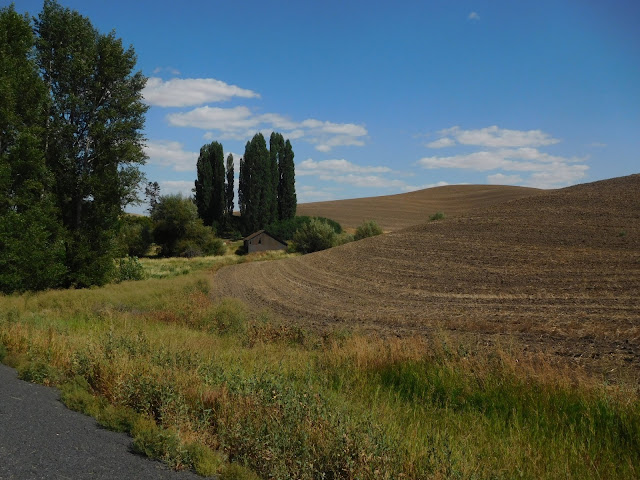 Like summer fallow fields. The ability to let things rest.

They've paid farmers for not growing crops. Looks like they will have to pay workers for not working and maybe businesses; like small businesses for not being open.

In the Palouse, there is the practice of summer fallow anyway, but not necessarily because of farm subsidies.

Farmers around Pullman, where I grew up, have a practice called Summer Fallow for their fields. Without even subsidy, this was a normal practice. I think still in use. A crop rotation. Wheat one year, then peas the next year. Then summer fallow where the field and the soil would be allowed to REST. The field being empty.

The pea crop would fertilize the soil, naturally, using legume nitrogen fixing bacteria that is naturally in the roots of peas and other legumes. The bacteria take nitrogen out of the air and turn it into nitrate fertilizer; naturally. After the pea crop is harvested, the soil is allowed to rest as the pea vines compost. I think a 3 year cycle.

I think the empty fields on steep hillsides of the Palouse area around Pullman did have an erosion problem, but they could use special plowing techniques to address this problem.

Maybe the Federal Reserve can just print the money so we can afford to go into almost suspended animation. Put parts of the economy on hold for a while to help us become more resilient to this virus.

I've been biking around remaining at least 6 feet from people. Past a large construction site for apartments to deal with Bellingham's housing shortage. At least those people are still working.

I got to thinking that a lot of developers could go bankrupt due to boom and bust. As they finally stared building, now just about everyone laid off. This is where a great expansion of things like HUD Section 8 Vouchers would help society get through this.

Posted by Theslowlane Robert Ashworth at 5:53 AM