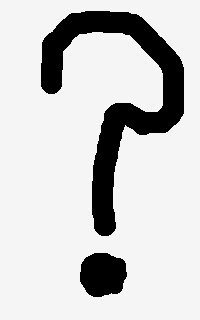 That's what the city of Bellingham, the port district and the public have been doing for several years with the waterfront land being vacated by Georgia Pacific West.

There has been quite a bit of debate over density of buildings on the site after redevelopment.

Well, no one knows what's going to be there yet.

What will the streets be going to or around?

Planning is good, but I fear that a lot of effort and money is going to "planning in a vacuum."

Reams of copy paper and truckloads of tonner, as I once read in an article.

Of course it's good to have public input.

In the private sector, a lot of things are planned around their uses. Shopping malls that don't take shape until the "anchor stores" at least show some interest.

Still, this often ends up in something rather ugly.
Allowing the market to drive things.

Often planning will cave in to the convenience of consumers. Consumers governed by their automobiles.

Malls with the largest land use being parking.

Being proactive in the planning, like city of Bellingham and port district are trying to do, should lead to a more environmentally friendly result.

Biggest use that they've talked about so far is relocating Huxley College of environmental studies from Western Washington University's main campus to a "waterfront" campus.

Don't knock it. In these "bank crisis days," government is looking like the "enterprise of last resort." Possibly the only enterprise available to bail out the economy.

Historic buildings that are currently on the site influence plans as well. There are quite a few of them. Old industrial buildings.

A recent news headline reads that city is suing the port district over plans that the port has to tear down 3 of the buildings.

I think I know what the bleach plant looks like at least.

They are tucked back in there, I guess.

That bland looking tissue mill is being torn down now. Port wanted to demolish these other 3 buildings before demolition crew leaves the site.

Hum, I'm not sure what buildings they are talking about.

Really, I am not too picky about what goes on down there. Maybe I should be.

As long as there are bike lanes, I'm not hard to please.

Hope something nice can emerge in that waterfront space before I pass from this planet.

Also hope they don't spend too much money on consultants laying out plans that might just get tossed out as future plans take shape around the new uses.

One good reason to hope there is life after death. It might take more than one lifetime to get through the entire process leading to an exciting new neighborhood on Bellingham's central waterfront. Draft Environmental Impact Statement of New Whatcom Redevelopment Project is now available for free on two CDs, but if you want the printed (Luddite) version, it will cost you $120 and you'd better bring a forklift.

This, according to a front page article in January 17 Whatcom Independent.

Photo: books I found in my place scanned edge on.

I say, yes, the "high tech CD" takes less space and paper, but you might ask, "why the hell does there have to be such a massive document?"

Population growth and cultural / political / business expectations can add to complexity in life. While technology might help to enable this, it can also save us from such things as the onslaught of that paper mountain. Not real long after the last toilet paper rolls leave former Georgia Pacific warehouse in Bellingham, a new use for most of that facility has been found; a temporary use at least.

Pretty impressive that they found a new use that soon. Other parts of the old GP site will take a long time for cleanup and redevelopment. Warehouse is more ready to go.

Port of Bellingham is taking over management of the facility as part of waterfront redevelopment after closure of GP.