When first space shuttle flew, I thought, for a moment, Columbia River had flooded 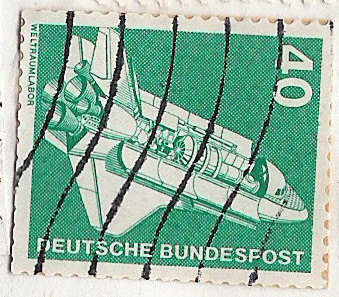 "The Columbia's up." exclaimed my boss at the restaurant I was a janitor at in 1981, when Shuttle Columbia made its first flight. For a moment, I thought the Columbia River was flooding since I'd given up on keeping track of shuttle news after all it's delays. Earlier space missions had held my attention, but the shuttle seemed like it could never get off the ground.

Since then, it's been 30 years of triumphs and problems. In some ways, it's a relief that this is the last mission, but the Shuttle did accomplish quite a bit.

Hopefully, future space vehicles will be even better for reliability, affordability and adventure. Spaceship 2 is one of the many promising steps toward continuing of space technology. It's being developed by private enterprise.

Here are some of the things I remember about the shuttle.

Someone on TV holding a large stack of papers saying that "each tile in the heat shield has a stack of specifications this thick."

Morning the loss of life during the two shuttle disasters.

The Radar Topography Mission of 2000 that mapped the Earth with extreme accuracy. It obtained elevation data on a near-global scale to generate the most complete high-resolution digital topographic database of Earth.

The Shuttle Tether Experiment in 1996 dragging a long tether behind the shuttle.

Launch of the Chandra X-ray Telescope in 1999 which is still bringing back X-ray pictures of the universe. That was the first shuttle mission commanded by a woman astronaut, so I remember.

Launch of the Galileo space probe that went to Jupiter. Galileo faced many delays. When it finally headed off to Jupiter, the high gain radio antenna didn't open properly so the spacecraft had to send it's pictures back at a much slower rate through the low gain antenna. Speculation said that the antenna was stuck because it had to wait on the ground too long before launch thus getting corroded, or something. Waiting for its place in the way behind shuttle schedule. Still the mission was a success since after they got to Jupiter, they had plenty of time to send back the data even at the slower baud rate.

The time they decided to go back to launching unmanned space missions on rockets, rather than the shuttle as the rockets are more efficient.

Second to last shuttle flight which put the Alpha Magnetic Spectrometer onto the space station to look at cosmic rays from the vantage point of space. That instrument is preforming well.

So far, this last mission is going well. Hopefully a smooth "good by" to this piece of history. Then I can stop holding my breath for a little while.
Posted by Theslowlane Robert Ashworth at 6:55 PM