By the way, did you know you were on the radio? 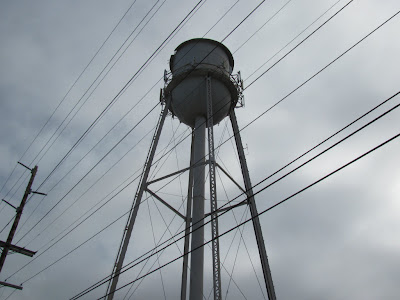 My first night out was in Mount Vernon where I dropped by the Friday meeting of Cascade Rainbow LGBTA Community Center. One of the folks I visited with is a local peace activist named Jerry Sumerseth. This fall, he was in the hospital for a while after suffering a fall at his home. While he was recovering, they did a tribute to him on KSVR Radio in mount Vernon. I happened to find tat interview in a Google search so I listened to the podcast last may.

Seeing Jerry reminded me of that radio show so I mentioned that I had heard the show. He looked a bit puzzled. Turned out he didn't know the show had been done. We turned on a laptop and went to the archive. Sure enough, there was the tribute to Jerry. He sat and listened to the show and was quite pleased to find out about it. Show was part of KSVR's Stand Up Speak Out public affairs show.

It's like, "by the way, did you know you were featured on the radio?" Made for a fun evening before I headed back to my motel.

Day two. After a glorious ride down Snohomish Centenial Trail, I'm staying in a hotel in South Everett. Not much camping in these urban areas, but the bike paths are nice. A new section of Centennial Trail starts north of Arlington. It starts at Bryant in Snohomish County, but plans are to build it on north to Skagit County line. Should be open in October 2011. South end of trail is in Snohomish. 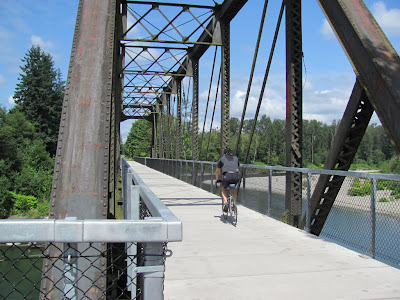 Where you headed in Oregon? If you happen to go by Astoria, give me a shout. Five-oh-three, three-three-four, nine-one-nine-six. Have a great ride!