Why have an HD radio?

Since I am kind of a radio geek, I just bought a new HD radio. Most people wouldn't even know what an HD radio is. How is that different from a regular radio?

Certain stations put out an HD digital signal which allows the station to transmit more than one program over its signal. Some FM stations have 2 or 3 programs.

Why have an HD radio versus just finding everything, radio and all, on one's cellphone?

Relying on cellphones for everything can be problematic. No wonder people's cellphone batteries keep going dead. Then there's the problem of having to pay for data. HD radio sends you its data (programming) for free.

Another issue is emergency communication. Radio can be more robust when the lights go out. It's harder to provide auxiliary power to all those many cellphone towers than it is to have backup power for one radio station. See my entry on the recent PG&E fire prevention power shutoffs in California. Lots of folks were left in the dark without thinking about using the radio.

I've thought that HD radio might go by the wayside due to the use of cellphones, but it's still hanging in there. Problem is, it isn't easy to find an HD radio. Not just a radio with digital tuning, an actual HD radio. Hard to find in stores and many of them are expensive. One can search online for HD radios from various retail websites.

The first HD radio, I had (called the Insignia) worked okay, but the control buttons were very hard to see and hard to use. Tuning, volume and so forth were across the top. 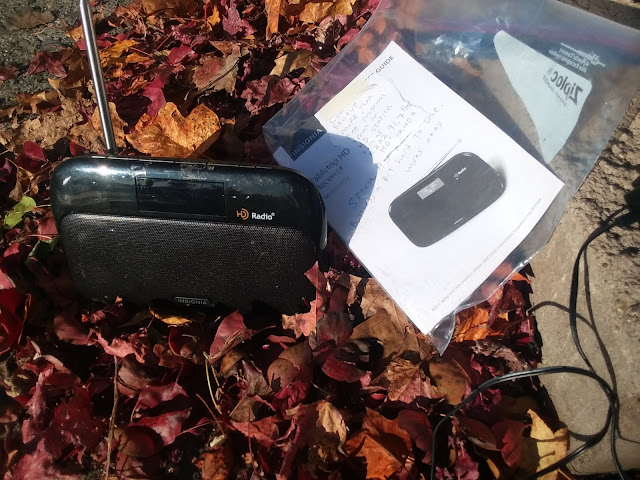 I eventually took it to Goodwill with it's instruction booklet. I also wrote some things on the booklet to help people, maybe, know how to use it.

The HD radio I use now was made in UK. Called the Retro Mini. Works pretty well and easier to use. 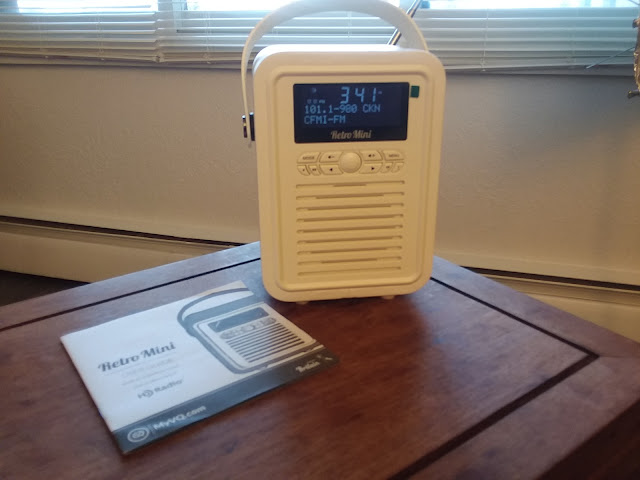 The HD features only work if one is within the primary range of the station. Unfortunately, they don't work for fringe area reception. During childhood, (and still sometimes today) I to liked getting radio stations from as far away as I could still barely hear them. That doesn't work for HD.

Here in Bellingham, my location has a clear view to the mountains north of Vancouver, BC where lots of FM stations are located. One of my favorites is CKNW which broadcasts talk shows. Seems like Canadian commercial talk is better than that in USA. CKNW is normally on AM. 980 AM, but static from cellphones and computers in the home make AM reception difficult. The program is also on FM HD. It's on CMFI 101.1 FM HD 2.

CMFI HD 3 is another AM station; "All Traffic All The Time." Vancouver's all traffic 730 AM. Yes, traffic is a good use for radio; even at 4 in the morning. I sometimes like to listen tho I am seldom in traffic. Listen and gloat.

Here in Bellingham we have a few stations that broadcast an HD signal. The most notable is KZAZ, our local outlet for Northwest Public Broadcasting.
Posted by Theslowlane Robert Ashworth at 9:21 PM