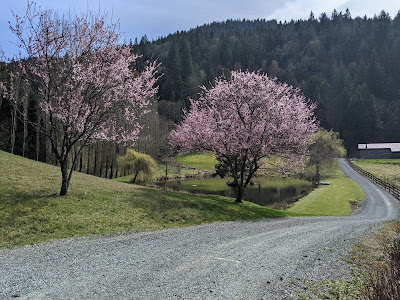 For the past few decades, possibly over half of the American people have been struggling economically. Just renting an apartment, buying one's first home and raising a family has become more difficult due to income inequality.

I haven't been struggling as much, mostly because I have not wanted to raise a family. Have not sought many of the things other people have aspired to.

One would think lives, like mine, could be more of a role model for living in today's economy, but, to a large extent, they have seemed to be ignored.

The percent of American people who remain single has increased, but I seldom see this described as a solution to our economic problems. Less population growth, less consumption, simpler living, but it isn't discussed that way.

Given environmental constraints, it could lead to a better world for everyone; including for those who still wish to raise a family and create future generations.

There is no point in future generations, if there is no future.

I still think the future could be bright, however.

On thinking, I just reminded myself why simple, childfree lifestyles aren't a big part of national goals. We need a consuming public to keep the economy flourishing. Consumer spending drives much of today's economy.

These days, we are now trying to prop up consumer spending with printed money, tax rebates and so forth.

Even with what I think of as a smaller footprint than most people, I have had a good quality of life. Technological advances, such as the smartphone, have enrichened lives even without everyone having to be a millionaire themselves.

On the other hand just owning a home and raising a family, in a place like Seattle Metro Area, just about requires being a millionaire these days.

Things like the bicycle, rather than driving a car, have brought a different kind of experience for me than most people have. Maybe less mobility; like zipping off to Seattle for the weekend, but it's helped my health. It's also allowed me to appreciate things that other people just rush by; like Old Samish Road.

In my life, I have been more cautious than most of other people. I've held onto the same jobs, rather than trying to advance. Some people have done well by advancing in their careers, but I know a lot of people who have fallen back as they've tried to advance. They've gotten a new job and then been in over their heads, or they have had a bad boss at the new job and gotten fired. In some cases, they have become homeless.

I've played it very safe, but I haven't advanced career wise. That's not necessarily a bad thing, but few people seem to offer "non advancement" as vocational advise. Few people seem to aspire to the kind of life I live.

It's true that if everyone was like me, there wouldn't be the Facebooks and the smartphones, but everyone isn't alike anyway. I enjoy using the Facebooks and smartphones, but everyone doesn't have to be a star in Silicon Valley to have those things in our world. It only takes a small percent of the population to be like Thomas Edison. He had a creative mind and he was also a very shrewd businessperson.

It takes more than one kind of person to make up the world.

Seems like my lifestyle has worked, but it's been kind of a well kept secret as far as mainstream culture is concerned.
Posted by Theslowlane Robert Ashworth at 10:52 AM