Looking back on one of my career goals and why it didn't happen. 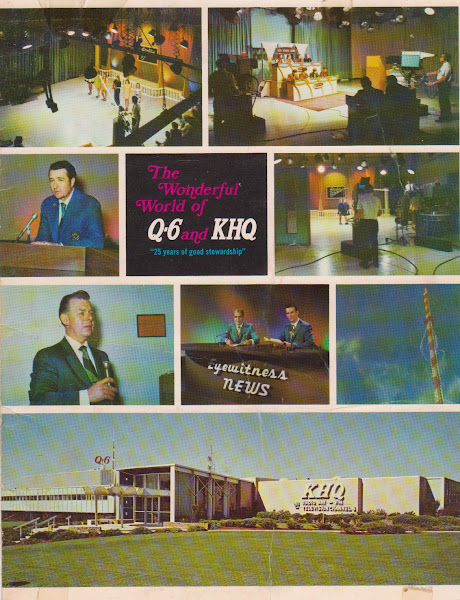 I look back on a career I thought I might have when I was in high school. Broadcast journalism? Radio interested me more than television, but this 1972 brochure from a Radio / TV station I admired shows more TV than radio. TV more colorful.

That career never happened the way I had envisioned it. My nervous conditions and unusual personality was a factor. While having my aspirations, I also worried that I might freak out, flunk out of school or flunk out of college. That didn't happen either.

The industry, I thought I might go into, has it's problems also. On radio and also television, most of the creative programing comes from the top down. It's fed from the national networks. That was true in my high school days and still today; to some extent.

My high school self would have had no idea what the term "social media" met.

It didn't quite work out the way people envisioned, back then, but I have expressed many thoughts, mostly on social media. I made my living in a fairly peaceful way as a custodian.

My life, during my working years, might have been a middle ground between failure and fame. Modest, but I would like to say still worthy. It does kind of make sense, to me, how it turned out.

On a trip from Pullman, where I grew up, to Spokane, I wanted to tour some of the radio studios. My dad took me to a few. KREM, KJRB; also KHQ.

At the wonderful world of KHQ, a staff person playing tour guide ask me what specialty I wanted in broadcasting. Sales, news, cameraman (back in the pre feminist days).

I hadn't decided so I was stumbling for an answer. My dad tried to fill the void by saying, "he wants to be president of the company."

The person giving the tour was taken aback. He said, "well, you really can't start there." I was a bit embarrassed. I basically just was interested in an overview tour.

See also How my career plans got changed and I ended up in Bellingham.
Posted by Theslowlane Robert Ashworth at 11:42 AM