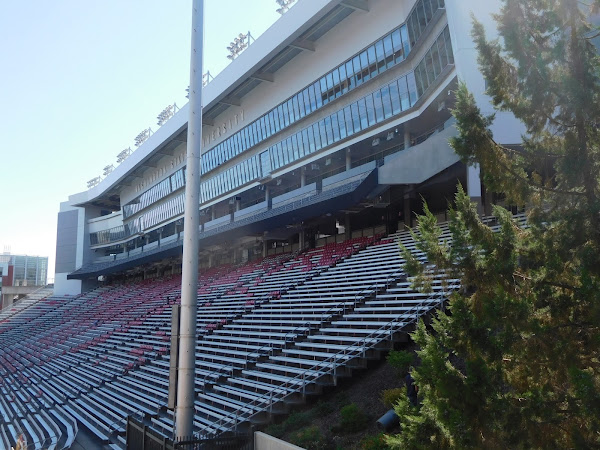 Who was the highest paid public official in the state of Washington? The football coach at Washington State University in my hometown of Pullman, WA.

He was recently let go from his job due to the mandate among Washington State employees to be vaccinated against the coronavirus. He refused to get the vaccine for undisclosed personal reasons, at first and then when push came to shove claiming the religious exemption which was later denied by the university.

In my opinion, it doesn't make sense not to get the vaccine unless there is a medical reason. Mandates may be a bit draconnian, but they do seem to work in reducing spread of disease. In an ideal world, mandates would not be necessary as people would function more rationally out of the goodness of their hearts and an understanding of the best science currently available.

Aside from all that, this firing of Rolovich is rocking the boat at WSU. It's problems associated with these high stakes games. That's one aspect of this whole story that most people wouldn't think about buried under the headlines. Why has football had to become such a high stakes endevour?

I hear that the team is now over 80 million dollars in debt. Having a wining team and a wining coach is considered crucial for the roadmap to paying off that debt. Paying the bills with TV revenues, ticket sales and so forth. Supposedly this isn't taxpayer's dollars, but as debts and problems mount, self sufficiency for the team becomes a more distant aspiration.

Seems like there are too many things, in our society, where the stakes are made high. Stuff that shouldn't be that important.

I've never been much of a sports fan, however.

There is a new coach, at least temporarily, filling in the position and a game is coming up Saturday (tomorrow). Many folks are holding their breaths and hoping the football season will continue with some wins.

Since there doesn't seem to be enough common sense and there isn't enough understanding of science, in our society, these problems happen. This is a big deal because of the importance of Football, at WSU and the amount of debt riding on the situation. At least there is one expense that has been saved, coach Rolovich's high salary; the highest paid public official in the state.

He is now suing the university in a wrongful dismissal suit. Now, money going to lawyers.

This whole situation has lead to a lot of divisiveness among Cougar fans, alumni and so forth.