Why the marketplace isn't likely to solve global warming 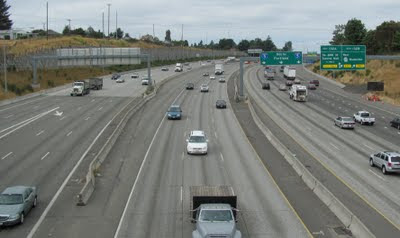 It would be a lot easier for the marketplace to react if peak oil was the only problem we faced. The price of oil would just go up as the true extraction cost of oil rose. For instance, oil prices could rise to reflect the cost of producing oil from sources like North Dakota's Bakken Shale where more has to be done to get the oil out of the ground. Eventually costs would rise so far that the marketplace would find cheaper alternatives. At first, it would shift to natural gas, coal and possibly nuclear, but eventually renewable sources such as wind and solar would be the cheapest alternatives as these other fuels run out or become too expensive.

The market could adjust to these true production costs. Problem is, we also face global warming where there is little direct production cost for the market to respond to. There are real costs to pumping oil out of sticky sources such as Bakken Shale, but there aren't that many real costs to releasing carbon dioxide from a chimney or tailpipe. As time goes on, it gets harder to pump oil out of the ground, but it doesn't get harder to push carbon dioxide out of a chimney. The cost of operating a chimney is global warming, but it is a more distant cost than what is felt directly by the owner of the chimney. The cost may be clear around the world such as rising sea levels and flooding in places like Bangladesh. 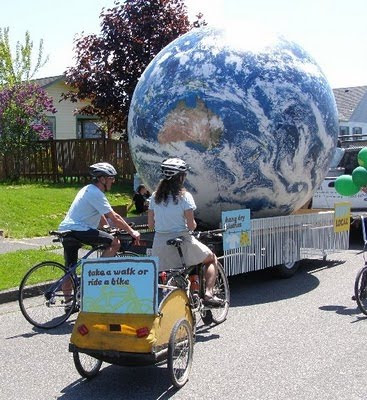 These distant costs don't automatically fall on the owner of the chimney the same way that the cost of extracting oil falls directly on the owner of an oil well. When extraction costs go up, oil well owners can pass that cost along to the consumer where the mechanisms of the marketplace can motivate change. With the smokestack, there is little direct cost to the owner to pass along to the consumer. Instead, an artificial cost has to be rigged; for instance there has to be a carbon tax. This is a tax imposed, most likely, by government to artificially make sending carbon dioxide out the chimney or tailpipe more costly.

"Cap and trade" seems like just a more complex way of expressing the concept of a carbon tax. That's where companies can trade carbon credits around, but someone still has to artificially impose these costs at the end of the smokestack. It seems like it just about has to be something like the "T" word. Taxes. This is problematic in a world that doesn't trust taxes. Also something subject to corruption and dispute. How does one calculate the true cost of carbon emissions?

It would be a lot easier if the only problem was the true cost of actually extracting the energy resource from the ground. We may be blessed, or really I should say cursed, with enough inexpensive fossil fuel reserves that we loose our climate stability before we run out of fossil fuel.

One other possible way that market forces might curb global warming is if the renewable energy technology ever becomes cheaper than fossil fuels. Technological advances are taking place with things like solar energy. It is conceivable that solar could become less expensive than mining our vast coal reserves. Then the solution becomes easier again.

Otherwise we have to either rely on the goodwill of people, smokestack owners and consumers to want to do the right thing, or we have to accept something like carbon taxes.

* Lower picture, The Earth in 2008 Bellingham Ski to Sea parade.
Posted by Theslowlane Robert Ashworth at 8:28 AM

It's not a "world" that doesn't trust taxes, it's only the U.S. The rest of the world knows that without the government having money it can't provide services and infrastructure and then we don't have civilization.

Good point, Clark. It's true that anti tax sentiment seems most prolific in the US. There's some worldwide, but US seems the worse.

We barely support enough gas taxes to pay for our roads, let alone something like a carbon tax.

Canada may be better, but not immune to this problem as well. A few years back, I remember hearing about something like a carbon tax proposed in British Columbia, but opposition forced them to back off as soon as they ran the numbers and people saw that it would add more to the cost of things like gasoline. Living close to the Canadian border, I hear the debates over various taxes when I hear Canadian radio. Still, that situation is more pronounced here in USA.

A lot of the reason why gas is closer to $10 per gallon in much of Europe is taxes rather than true production, shipping or refining costs. Europe can be commended for supporting concepts like the carbon tax.