Bike path to Barkley Village in the snow 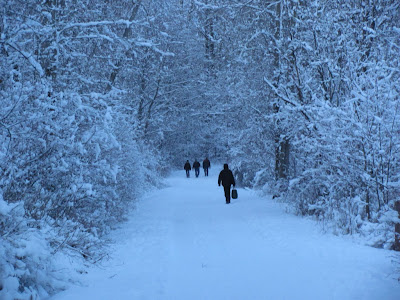 Bellingham is having one of it's fairly rare snow events. A few folks still bike, but I prefer walking in the snow. Yesterday, I had a reason to go to the Barkley Village district. Took the bus out there and then walked back. 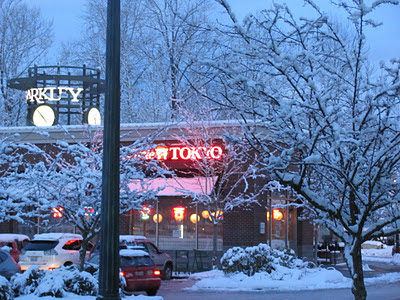 Little Tokyo restaurant has a welcoming glow in the snow. 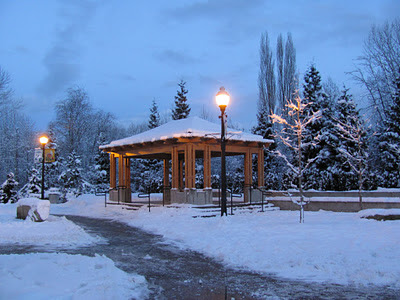 Plaza across the street from Little Tokyo.

Barkley Village is sometimes called a "new urbanism" style of development. Slightly more density than the average strip mall sprawl. Some multi story buildings with use of brick and a "Main Street look" along New Market Street.

One of the things that causes me to go to Barkley more often than other satellite developments in Bellingham is the ease of access along Railroad Trail. It heads through the woods behind Barkley Village.

Being a non driver, trails make a difference to me.

Other developments in Bellingham, like Cordata and Bellis Fair Mall, are out where the sprawl is horrible. Few trails or pedestrian facilities. All built for the automobile. There are plans to retrofit some of those areas, but progress is real slow. Barkley seems more accessible to non drivers.

There still is plenty of parking for those who participate in mainstream culture. One of Barkley's biggest features is a 24 hour Haggens Super Market. It's near a large parking lot which also serves as the parking for businesses along New Market Street.

Across Woburn Street from the Haggens is a big construction site. New movie theaters. I hear 17 screens? Lots of grading. There will most likely be a big parking lot. Also some artificial wetlands for storm water retention.

One wonders if a big theater project will work, but at least it doesn't look like we're in a recession when you see the construction equipment going. Bellingham gets some spin off from the robust economy of Vancouver, BC, just across the border. It's still hard to find work here, but Vancouver's economic engine is close by. Shoppers come down to Bellingham to buy milk and other products by the truckload.

Canada is where the controversial coal trains are headed which rumble through Bellingham. They go to a coal port in Canada. Controversial because there is a proposal to build more port facilities on this side of the border which would likely increase the coal traffic being exported to "power house economies" in Asia.

Meanwhile the snowy world of the bike path is only a few feet from commerce. 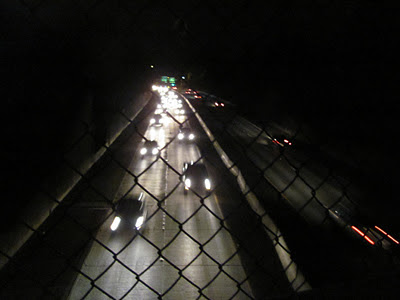 Freeway looks kind of neat when crossing after sundown. 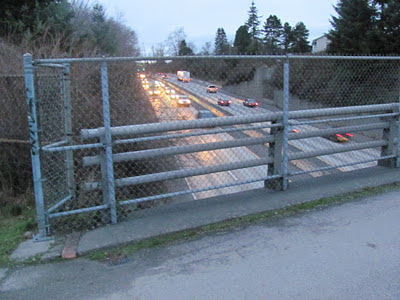 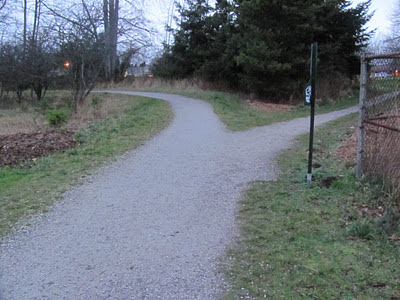 While I-5 looks pretty ominous, or might I say "majestic," I'm glad I'm on the bike trail. 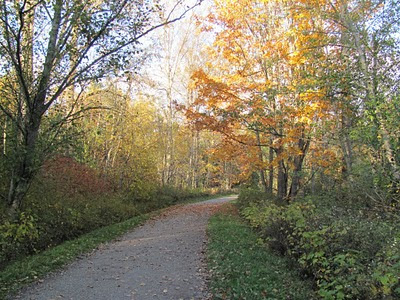 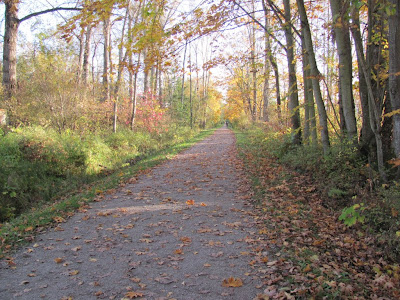